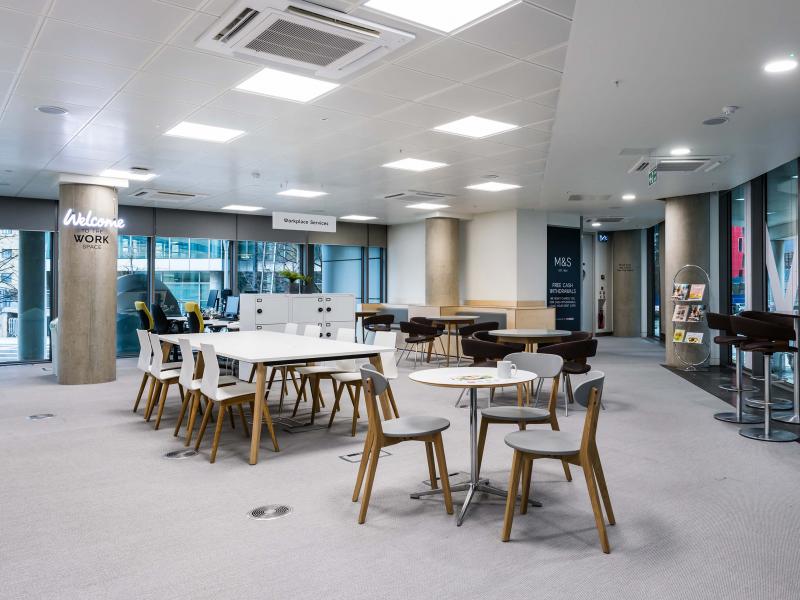 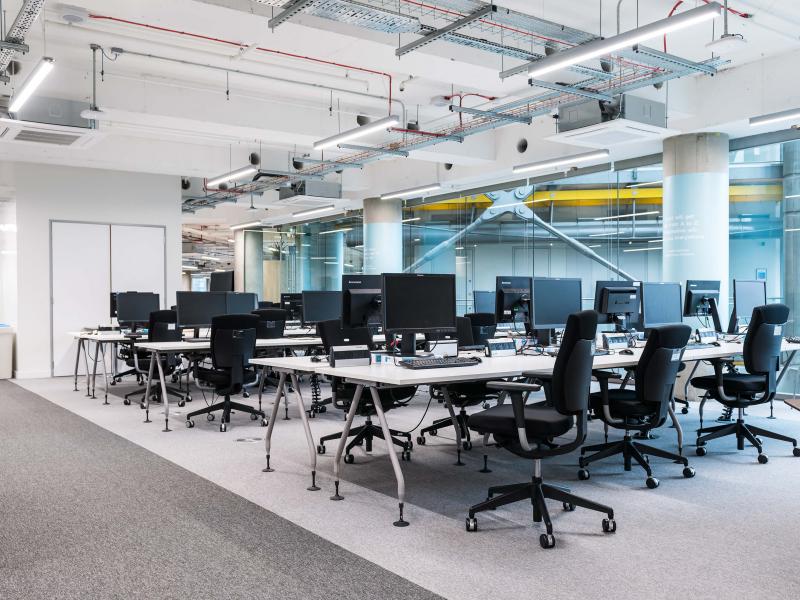 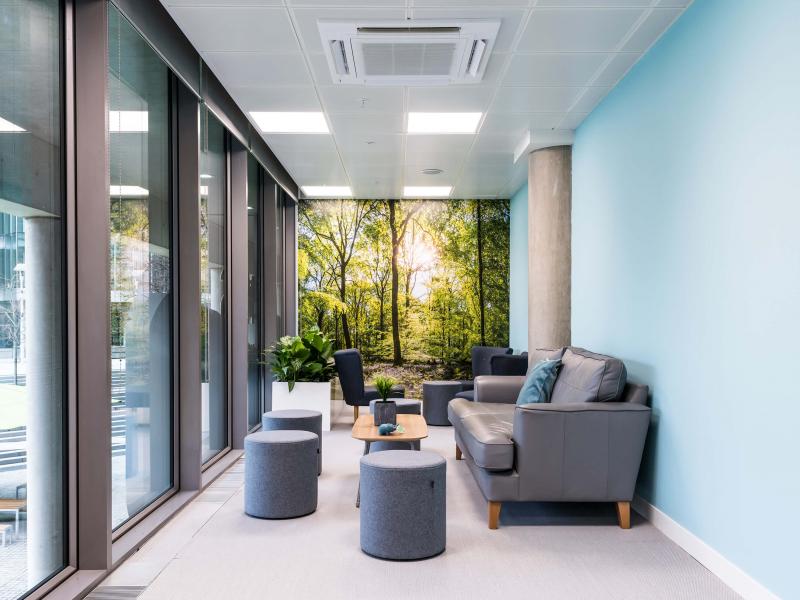 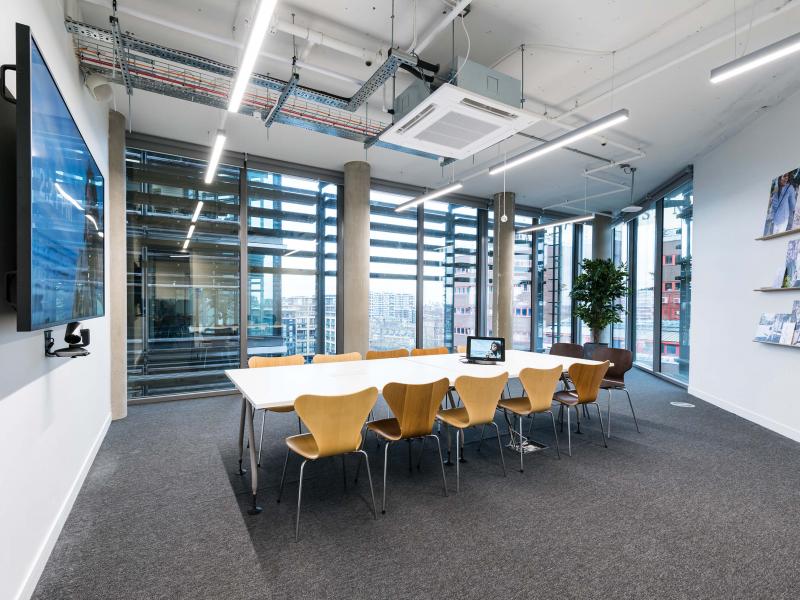 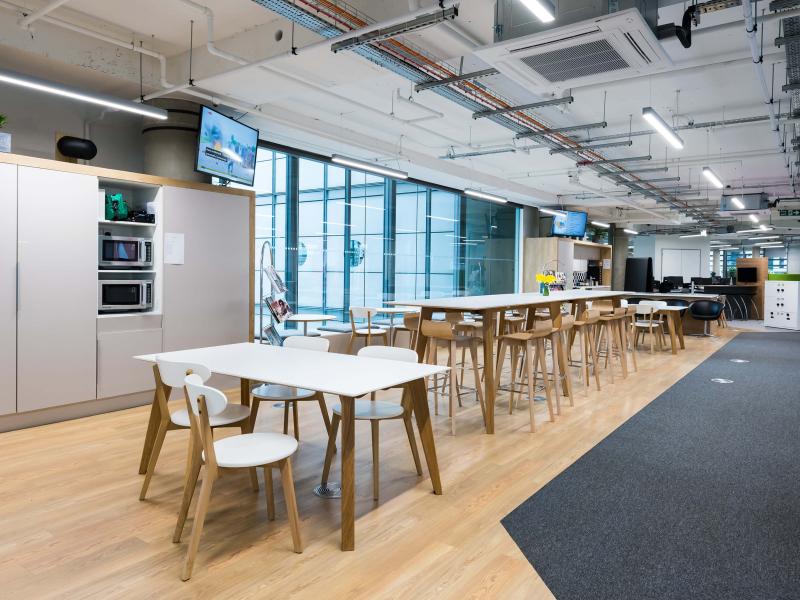 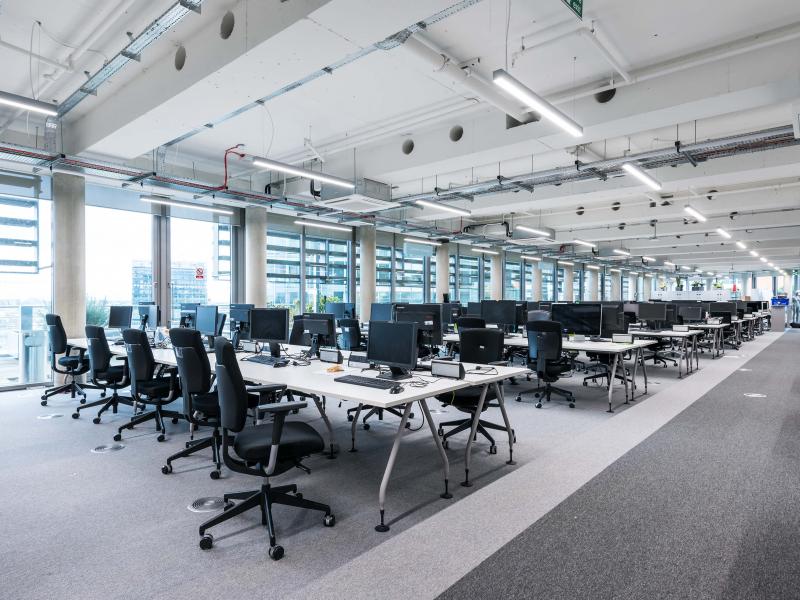 The project consisted of refurbishment of four floors of existing offices to create large open plan office spaces for the relocation of a number of staff into the building.

All works were undertaken whilst the floors above and below were occupied by staff, and the Ground Floor of the building was a fully operational M&S Simply Food Store open to the General Public.

During the contract a variation was issued for two floors to be fitted out with new VRF Systems as the basebuild chilled water and heating system was insufficient for the increased occupancy levels of the open plan offices. The existing basebuild ventilation system was also not capable of supplying enough fresh air for the occupancy levels.

A commercial kitchen was also installed in a central location of the Upper Ground Floor, so all mechanical services including a new extract system had to be installed.

S&G designed a two-pipe VRF solution using Panasonic systems due to the manufacturer’s pipework limitations allowing us to install from the 10th Floor Roof down to the Upper Ground Floor Office area.

Due to the program constraints of the project, the 11no condenser modules had to be stripped down and transported to the roof area in parts, then re-assembled onsite in the roof plant area.

All internal units were 4-way blow cassette types, all of our installation was on show as all services were exposed as part of the interior design.

Our scope of works included the following: